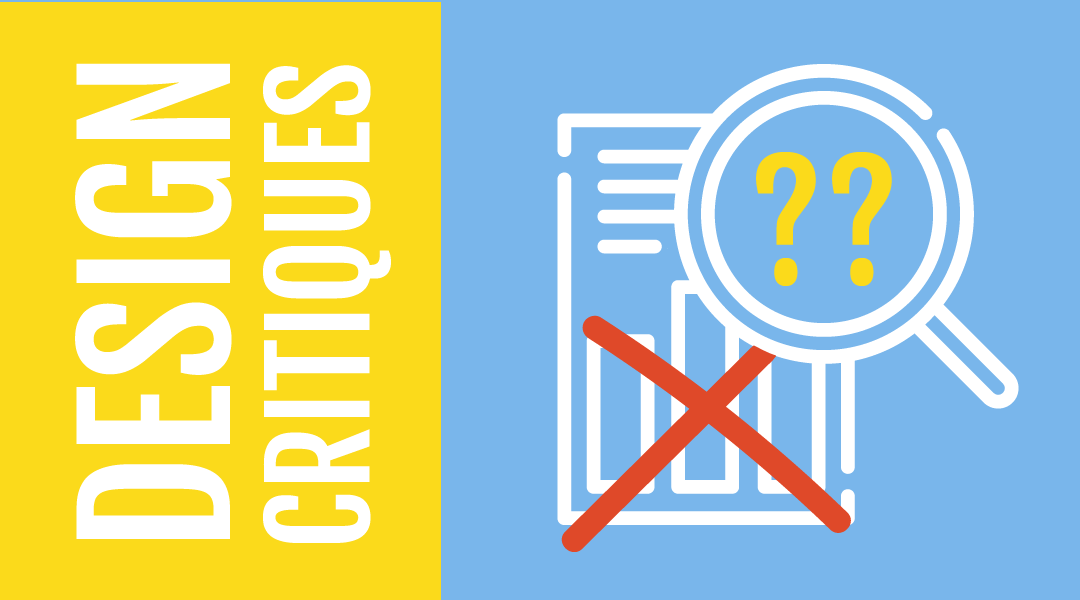 No one likes criticism, but there’s a way to provide constructive design critique that could mean the difference between a “meh” final product and a reputation as an organization designers don’t want to work with and a “wow!” final product and a strong relationship with your designer.

It’s embarrassing to admit, but awhile back I had a call with a client to review a near-final version of a report. It was all going well until they off-handedly mentioned that they felt the cover I’d designed (which they’d seen before and ok’d) was “horrible” and “outdated”, and they didn’t like the colors. Ouch. Talk about painful.

Now, I’m a professional. I try not to let design critiques get under my skin, or take them personally. However, when feedback is phrased like this it’s hard not to bristle and get defensive – I pride myself on providing great design solutions for my clients! My other clients like my work! Of course, as a client it’s your design and you need to be happy with it. But there’s a way to deliver your critique that will have your designer happily going back to the drawing board for you, rather than grudgingly making changes they don’t understand and that don’t match the overall vision of the project.

Here are a few things to consider before you give your designers feedback:

The next time you’re faced with a cover design that’s not knocking your socks off or an infographic that feels less than original, try to run through these points and see if you can’t think about how you provide your feedback in a different way. If you take even a few of these tips into consideration, you’ll be sure that you’re giving a constructive design critique and feedback that will have your designer singing your praises, and an end product that everyone is proud of!

← 15 things to think about before, during and after attending your next conference [CHECKLIST] Captions: A Love Story →

Get posts delivered straight to your inbox.

Sign up to get all the latest news and info!

You have Successfully Subscribed!

Send me a message
Book a call